Is the Bitcoin Drop over? BTC Shows Signs of Recovery

Is the Bitcoin Drop over? BTC Shows Signs of Recovery

The price of Bitcoin seems to be on the road to recovery after a short-term correction brought BTC down from a new all-time high of nearly $42,000 to a low of $31,150, which is a drop of more than 25 percent.

However, as many Bitcoin bulls predicted, the dip seems to have been short-lived: at press time, BTC had regained levels up to $36,000 and appeared to be continuously moving upward. 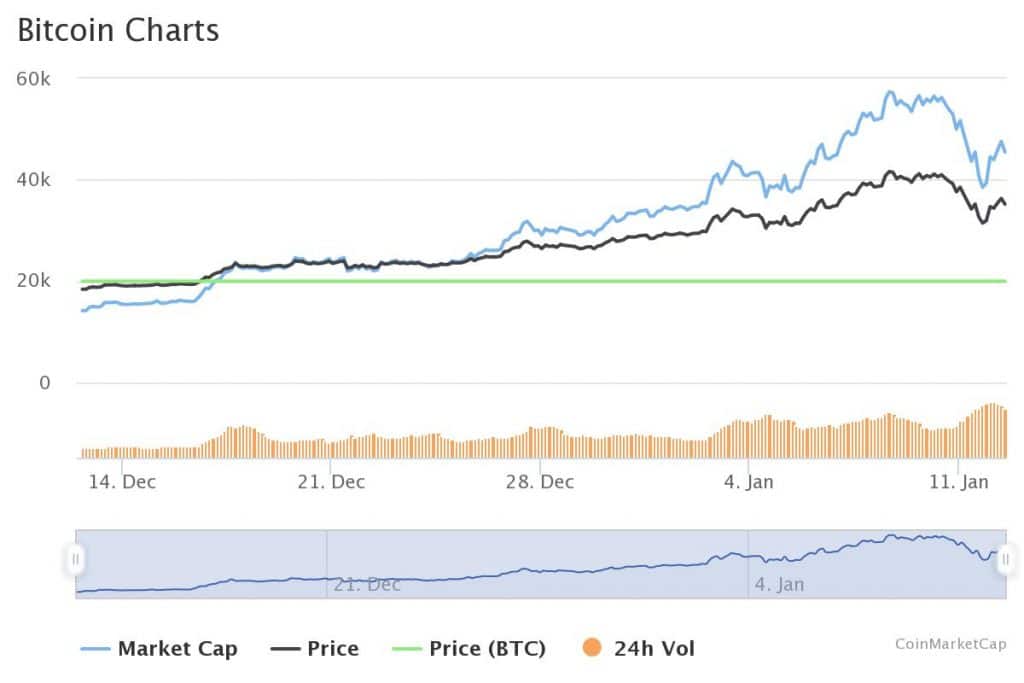 Indeed, Tegan Kline, Business Lead at The Graph, told Finance Magnates that she would not call yesterday’s price drop a “crash.” Instead, “I would call it a correction,” she said.

Jeffrey Wang, Head of the Americas at Amber Group, explained to Finance Magnates that “the move past $40K was swift without any significant pullback, and I think now we’re seeing more people taking profits adding to the price pressure.” 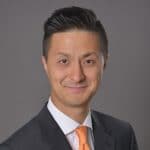 Jeffrey Wang, Head of the Americas at Amber Group.

“Expect there to be good support at the $30K level,” he added, “as buying on dips has been a consistent message we’ve heard from the market.”

“This Overbuying Was Driven by Speculation.”

What brought BTC up so high in the first place?

Amber Kline believes that the reason for the correction “is that we saw overbuying in Bitcoin and Ethereum.”

“This overbuying was driven by speculations as opposed to understanding the need and the technology,” she explained.

Amit Gami, Founder of Card Payment Guru, also told Finance Magnates that “presently, there are many new investors coming in to purchase Bitcoin and Ether on the recommendation of others.”

After all, “Bitcoin is a global market with very little barriers to entry for purchasing when compared to stocks for example,” Gami said. Therefore, he believes that “no institutions would ever buy close to the all-time high,” and that therefore, retail investors are “likely the reason why we have seen this downturn.”

Indeed, it seems that a significant portion of the rally that brought Bitcoin past the $40K point can be attributed to retail investors who, as in 2017, may have been experiencing a bit of FOMO (fear of missing out).

For many seasoned Bitcoiners, evidence of whether or not Bitcoin has been overbought has to do with who is talking about it. Last week, investor, entrepreneur, and author, Shanka Jayasinha told Finance Magnates a short tale that took place in December 2017, just before BTC hit $20K and then crashed to $7K.

When Bitcoin hit its previous all-time high in December of 2017, “even my hairdresser was talking about it,” Jayasinha told Finance Magnates, a factor that he says he found “highly worrying.” (To our knowledge, the hairdresser was not a knowledgeable Bitcoin investor.) 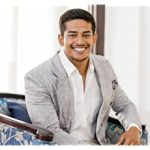 Jayasinha believed that the fact that so many people outside of the ‘usual’ Bitcoin sphere were talking about Bitcoin’s rise could have been a signal that the price was inflated by hype and FOMO (fear of missing out).

And, indeed, as Bitcoin has reached another new all-time high, a similar phenomenon could be taking place. Data from Google Trends shows that the amount of searches for the term ‘Bitcoin’ have skyrocketed since mid-December.

“People Now Understand Bitcoin, Where Many Did Not during 2017.”

And indeed, there seems to be a belief in some corners of the Bitcoin universe that when ‘normies’ (that is, non-Bitcoiners) start talking about Bitcoin, that Bitcoin is overbought, and it is time to sell.

However, while this may have been a good rule of thumb in an older Bitcoin universe, the public narrative around Bitcoin is very different today than it was several years ago. Like it or not, Bitcoin is always in the news nowadays; as anti-establishment as Bitcoin’s roots are, Bitcoin has arguably become a part of the establishment.

Additionally, more ‘normies’ may be talking about Bitcoin than ever before because Bitcoin is also much more accessible than it has ever been. Three years ago, the process of being verified to buy Bitcoin on an exchange could take days or even weeks. Today, it takes minutes.

The Average Retail Investor May Be Savvier Now Than in 2017

Moreover, Tegan Kline told Finance Magnates that there are other ways in which Bitcoin’s retail base has changed since 2017.

“People now understand Bitcoin, where many did not during 2017,” Kline said. In other words, while Bitcoin may still be a fairly foreign concept to most people, the public discussion about Bitcoin is much wider today than it was then. Additionally, with the proliferation of apps like Robinhood, the average investor may be savvier about markets than they were several years ago. 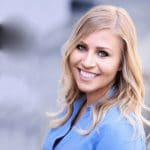 Therefore, while FOMO may still be playing a role in Bitcoin’s retail base, it does not seem to be capable of the earth-shattering price effects it had on Bitcoin in early 2018.

Indeed, Amber Group’s Jeffery Wang told Finance Magnates that indeed, “there are parallels that can be drawn” between now and 2017, “when there was a lot of exuberance around the price action.”

However, “three years in crypto time is a lifetime, meaning that it was considered a more niche asset at that time, where now, it is much more mainstream. As we’ve seen recently, a lot of traditional money managers are allocating capital to it.

“I don’t believe people will be calling for the end of BTC now like was said in 2017,” he said.

“As We Have Seen Billions of Dollars in Inflows by Multinational Financial Institutions…the Slips and Shocks Should Be Less Significant, and Shorter-Lived.”

Additionally, the influx of institutional investors that BTC saw in the latter half of 2020 could give Bitcoin a more solid price base than it has had in the past.

Indeed, Jeremy Britton, Chief Executive of Boston Trading Co., told Finance Magnates that “in 2017, the vast majority of investors were new to crypto markets, and they were inexperienced retail investors. These ‘newbies’ come in on greed and exit based on fear.” 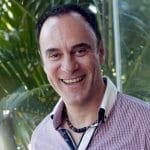 “As we have seen billions of dollars in inflows by multinational financial institutions, who traditionally buy and hold for the longer term, the slips and shocks should be less significant, and shorter-lived,” he said.

Futhermore, Tyler Winklevoss seems to have a bone to pick with anyone who does not believe that institutional investors are coming into Bitcoin. On Monday, the Gemini Co-founder shot down a tweet by renowned Bitcoin bear Peter Schiff, who claimed that “Very few institutional investors are buying #Bitcoin. It just that those few that are buying are extremely vocal about their positions.”

”There Is Huge Institutional Demand and Most of It Is Silent.”

“They need to convince others to buy to push up the price so they can sell,” Schiff wrote. “The financial media also gives them a platform to talk their books.”

Winklevoss responded by saying that “there is huge institutional demand and most of it is silent. As the operator and proprietor of @Gemini, I would actually know, you would not.”

Finance Magnates previously reported that in the last few months of 2020, a number of large institutions invested in large amounts of Bitcoin. For example, Stone Ridge bought $115 million in BTC; Square bought $50 million. Microstrategy has invested a total of $1.1 billion in Bitcoin since September.

Beyond retail and institutional investors, market conditions have changed quite a lot because of changes in global monetary policy.

Indeed, Tegan Kline told Finance Magnates that “with the printing that the Federal Reserve is doing, and the impact that it will have on the dollar,” a growing number of people are attracted to Bitcoin’s deflationary qualities.

“Many understand the need for Bitcoin: a finite, deflationary option,” Kline said. “Many institutional investors and Founders are putting a portion of their portfolios and treasuries into Bitcoin as a ‘set it and forget it’ measure.”

Is Bitcoin Poised for Further Drops?

Still, some believe that yesterday’s dip was just a bit of foreshadowing for what is to come later.

A crypto community member operating under the handle O_V Crypto Alien pointed out that BTC may fall as low as $23,500 to fill a CME gap that was formed in December.

A ‘CME gap’ refers to a phenomenon in which Bitcoin markets make a sharp, sudden move outside of regular trading hours for CME’s Bitcoin futures markets, which results in a literal hole or ‘gap’ in Bitcoin price charts.

Often, but not always, when this happens, the Bitcoin price will eventually fall back to the level where the gap was formed. This retrace in the price of Bitcoin ‘fills’ the gap.

Therefore, because the gap is around the $23,500 zone, some analysts believe that Bitcoin is headed at least that low before a meaningful return to $40K+ territory is possible.

However, the word on the street among many Bitcoin analysts is that Bitcoin is such a hot commodity that the gap may remain ’empty’ and that Bitcoin may simply move on without a more significant price drop.

While somewhat unusual, there have been instances of CME gaps going unfilled in the past. For example, one such gap formed around the $9,700 mark in early November of 2020.

At the time, renowned cryptocurrency analyst, Willy Woo tweeted that “I’d say there’s a fair chance this CME gap may not get filled, so far it’s been front-run for liquidity. Every dip snapped up.” And, bygone it, he was right.

Perhaps this is why Alex Lebed, Head of Development at xSigma DeFi, believes that levels around $23,000 would only be a “worst-case scenario.” 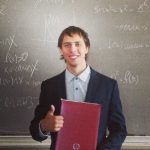 “We’ve reached support,” Lebed told Finance Magnates. “Further support in case of the worst case, is around $23,000 for Bitcoin.”

However, “Even in this case, altcoins should rally,” he said. “Yesterday’s crash is a bullish continuum pattern. It’s negligible after a 4x rise. We’re still bullish above the 20-week Simple Moving Average (SMA), which is around $23K.”