Over the past year, a lot of developments have taken place in the local fintech scene. Hong Kong issued eight virtual banking licenses, and most of the licensees have already gone live. Online brokerage Futu Securities and blockchain services firms Diginex both went public in the US. And the Hong Kong Securities and Futures Commission released a licensing framework for digital asset exchanges.

As the momentum continues, we look today at some of Hong Kong’s most successful and most well-funded fintech startups. For this list, we’ve used figures provided by the companies themselves or from other primary sources.

Founded in 2013, WeLab is a Hong Kong fintech company offering a range of services, such as online consumer credit platforms and virtual banking. It is best known for being the parent company of WeLab Bank, one of the first virtual banks to be granted a license to operate in Hong Kong.

Outside of Hong Kong, WeLab also operates in mainland China and Indonesia. As of June 2020, WeLab had over 40 million individual users and 300 enterprise customers, according to CNBC.

WeLab has raised US$580 million in funding, including a US$156 million round in December 2019 from investors such as Alibaba Hong Kong Entrepreneurs Fund and China Construction Bank.

Founded in 2015, Airwallex specializes in cross-border payments, and has developed a proprietary tech-driven infrastructure to enable low-cost, high-speed and transparent international collections and payments (accessible via API).

In February 2020, the startup launched a business account and borderless card, furthering its ambition to becoming a fully integrated end-to-end financial services provider for businesses of all sizes.

Originally from Australia, Airwallex relocated its headquarters to Hong Kong in August 2018.

Airwallex closed its US$200 million Series D fundraising in September 2020, bringing its total equity funding raised to over US$400 million, the company says.

Founded in 2017, Oriente develops tech infrastructure for digital credit and other online financial services, focusing on markets that are underserved by traditional financial institutions.

Oriente is equity funded by its founders and investors including family offices, property developer Henderson Land, and website development platform Wix.com. To date, it has raised US$155 million in equity, including a US$105 million Series A in November and a US$50 million Series B in April 2020. In March 2020, it secured a US$20 million debt funding facility from Silverhorn Group.

CompareAsiaGroup has raised US$110 million in funding so far, with the latest round being a US$20 million Series B1 in August 2019.

Founded in 2017, Bowtie offers medical insurance plans and other insurance products to customers instantly and directly. By eliminating paper, commissions and intermediaries, Bowtie’s mission is to enable a new generation of consumers to access real insurance protection and take control of life protection decisions for themselves.

Bowtie was the first virtual insurer to be granted a licensed by Hong Kong’s Insurance Authority back in December 2018. The startup raised a US$30 million Series A funding round in 2018. 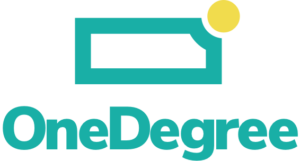 Founded in 2016, OneDegree claims to be the first licensed digital insurer in Hong Kong that offers a fully digitized insurance process end-to-end. The startup provides a digital platform that aims to make insurance easy, accessible and transparent for everyone.

OneDegree launched its first product in April 2020, a line of medical plans for pets called Pawfect Care. The company plans to introduce other products, including cyber insurance and medical coverage for humans, all available completely online, over the next 12 months.

OneDegree raised a US$30 million Series A funding in 2019. 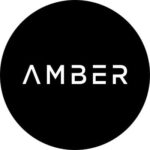 Founded in 2017, Amber Group, previously known as Amber AI, is an electronic technology and trading company that specializes in trading cryptocurrencies, including futures, spot, options, swaps and other derivatives.

The company claims it serves 200+ institutional clients, and raised US$28 million in a Series A funding round in 2019.

EMQ’s network infrastructure has been built to effectively settle any cross-border movement of capital and can be deployed across multiple vertical industries for a broad range of services, including e-commerce, merchant settlement, procurement, remittance, insurance, trade settlement, payroll, and more.

The company is licensed in Hong Kong, Singapore, Indonesia and registered as a Money Service Business in Canada.